The offensives of 1916 had done much to strain the confidence of the French and British governments in their military leaders. Around Verdun, French forces had fought valiantly for ten months against the German offensive to hold the town and the high ground to its east and north-east. Only Petain’s extraordinary management of troops and logistics on an endless rotation through the front line had enabled them to continue fighting, but the loss of over 300,000 casualties was devastating, politically, psychologically and militarily. 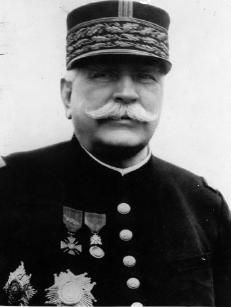 The unflappable French Commanding General, ‘Papa’ Joffre, (right) considered by many the saviour of France after turning the German advance at the Marne near Paris in 1914, was promoted Marshal of France and replaced by an artillery general, Robert Nivelle. NIvelle had been rapidly promoted as war progressed and in October and December 1916, as Commander of Second Army at Verdun, had won two spectacular counter-attacks to reclaim almost all of the lost ground at Verdun. He had accomplished this by co-ordinating massive artillery concentrated bombardments with timed infantry advances.

In Britain, the Prime Minister Lloyd George, revolted by the losses on the Somme in 1916, tried to win support for a combined-nations assault on the Italian Front against Austria-Hungary. Rebuffed at the conference in Rome in January 1917, he was attracted to Nivelle’s ambitious plan for a break-through in Champagne, in large part because the French would do most of the fighting and so take most of the casualties (Sheffield, The Chief, pp.200,201). 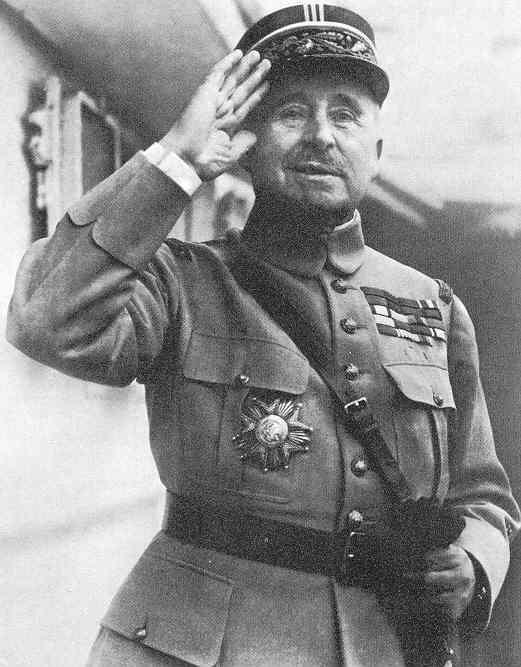 Lloyd George recognised this as an opportunity to undermine Haig by agreeing to place the BEF under Nivelle’s command. But as April approached, confidence in Nivelle (right)  was waning. He had had to amend his plan to take account of the unexpected German withdrawal to the ‘Siegfied-Stellung’ (Hindenburg Line) and at a conference of senior politicians and generals at Compiegne on 4th April, Nivelle, though widely discredited, was left in command. Alexandre Ribot, who had been premier of France in 1914 then minister of finance in 1915 and 1916, in March 1917 was made premier again. He very much wanted an end to the war that the Nivelle plan appeared to offer, but was nervous that it would entail heavy casualties. He was unable to decide whether he still had confidence in his commander-in-chief, so refused to accept Nivelle’s offer of resignation. The political leadership was muddled and indecisive; they agreed not to cancel the offensive, but gave little guidance on what new limits should be imposed (Uffindell, 2015, p.7).

Two other geo-political changes called the whole offensive into question: on 15th March, the Bolsheviks forced the abdication of the Tsar and on 6th April, the USA declared war on Germany (Uffindell, 2015. Pp. 6-7). Russian support was now uncertain and, in the longer term, America offered reinforcement to France’s declining manpower.

There was one major difference between Verdun and the Chemin des Dames. At Verdun, the counter-attacks in October and December came after months of bitter fighting, at a stage that the German High Command had decided to abandon the offensive. Hindenburg had replaced Falkenhayn in August 1916 and ordered an immediate cessation of all attacks. The French, meanwhile, had worked tirelessly to improve trenches, position artillery and brief troops. When the attack began, using gas and explosive, German forces had to fight wearing respirators for long periods in battered defensive positions. Their artillery was largely worn and ammunition was in short supply. The attacks therefore were successful and forts were re-taken.

The Chemin des Dames was a very different prospect. Since the German withdrawal in September 1914, it had mostly been a quiet sector where units were brought to rest; the German 7. Armee which held this sector becoming known by some as the schlafende Heer, or ‘sleeping army’. In early 1917, when it became clear that a major French effort was being prepared, this lassitude was replaced by tremendous effort to reinforce the sector (Uffindell, 2015, p.3). The eponymous sector, named for the daughters of Louis XV in the 1780s, runs along the crest of a long plateau, north of the River Aisne with dominating views over the countryside to the north and south. French preparations could not fail to be seen by German defenders and aircraft.

In March 1917, Hindenburg’s order to abandon the salient between Arras and Soissons, and withdraw to the recently completed defensive positions, the Siegfied-Stellung, shortened the front-line by some 40km, greatly increasing the reserves available.

New defensive doctrine was also emerging. The Germans had learnt that rigidly holding the front line increased casualties and vulnerability. A concept was developing of deeper defensive zones, 8 to 12 km deep, with layers of prepared machine-gun positions covering the ground over which an attack would have to move. Reserves of men and artillery could be held back, out of artillery range to be deployed when the attack had been stalled. Counter-attacks were not to recapture every bit of ground but to re-establish a strong, coherent defensive position with which to continue to resist. Not all of this could be applied to the Chemin des Dames ridge because of its narrow, steep nature, but the principles applied.

So, in early April, Nivelle’s plan was finalised. It would be a rolling attack over the course of a week, starting in the north with the British near Arras and the Groupe d’armees du Nord at St Quentin to fix the German reserves in the north. This would be followed by the main attack in the Chemin des Dames sector by Groupe d’armees des Reserve and a day later by an attack east of Reims by the Groupe d’armees du Centre. Along the 40km front of the Chemin des Dames sector 5e and 6e armees would attack north to achieve break-through before 10e armee would be pushed through to exploit the breach (Uffindell, 2015, p.6-8).

The breach never came. The attacking French armies had no element of surprise being continuously observed from the ridge and the air. There were some important strategic security leaks and Nivelle insisted that the artillery bombardment hit the whole depth of the defence. Only the most powerful guns could reach deep into the defences and bad weather, German air superiority and difficulties keeping the guns supplied made it impossible to keep up the intensity of the bombardment when the infantry attack was delayed by four days, to start on 16th April (p.8,9). 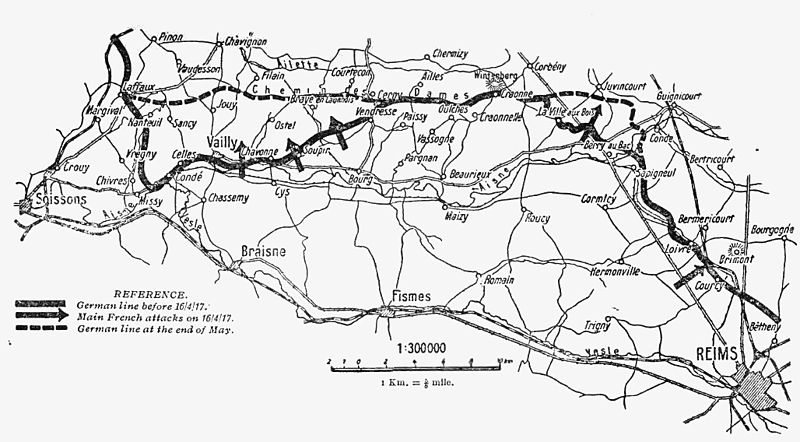 Gains in the first phase of the battle were limited to 1000 to 2000 metres, apart from the line at Vailly, where the Germans withdrew 5 km on 18th April to remove their salient south of the ridge. The momentum of the offensive stalled and on 22nd April, Nivelle ordered a switch to limited attacks to secure the ridge and push the Germans back from Reims. But bad weather, ammunition shortages and the challenges of co-ordinating the armies, combined with political meddling and Nivelle’s indecision to limit the gains and ensure the losses. Troops were exhausted having suffered an estimated 134,000 killed, wounded and missing.

By mid-May Nivelle had been replaced, his reputation destroyed by the difference between his over-confident prediction of an early end to the conflict and the actual results. It is often easier to find scape-goats than address real, fundamental problems. Nivelle had inherited and encouraged the concept of huge, multi-army offensives. Hubris had combined with an indecisive nature and political pressure to foster a belief that break-through was possible. Reality hit both hard.

(Apologies for the absence of the acute accent. My US keyboard cannot create them. Apparently.)