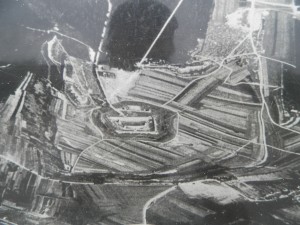 Could any contrast be more stark, than the stories of two neighbouring Forts, Douaumont and Vaux? The stronger, higher, more important, more heavily armed Douaumont was captured by a few without a shot being fired. Fort Vaux was defended gloriously, metre by metre, in conditions of indescribable awfulness, quite beyond our powers of fully imaging, for fully five days. Such contrasts depend in large part on individuals; leaders to whom the desperate turn and who elevate the dreadful, in the end, to the glorious. 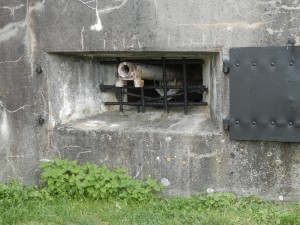 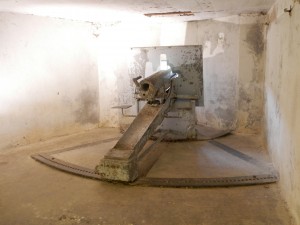 Fort Vaux had been stripped of its four 75mm cannon in the flanking casemates leaving only one in a forward turret. Otherwise, it had only machine guns, none mounted in turrets. Situated on high ground 4km south east of Douaumont, with commanding views over the line of German approach, Vaux dominated the approaches to Douaumont through the deep valley that separated the two forts. 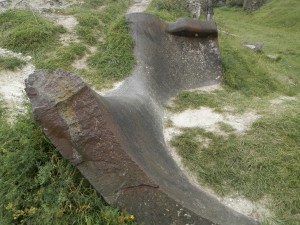 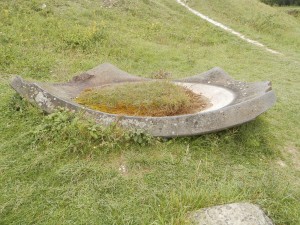 The 75mm was destroyed in late February or early March, when a German one tonne shell from a 420mm ‘heavy’ detonated its magazine slicing the enormous carapace in fragments. 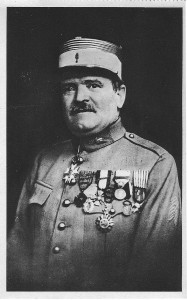 On 24th March, a tough, 49 year old Colonial soldier, Major Sylvain-Eugene Raynal arrived to take command of the Fort. He had already been seriously wounded twice and was on convalescence pending being invalided out of the army. He volunteered to command a Fort, in preference, as it was thought to be less demanding. 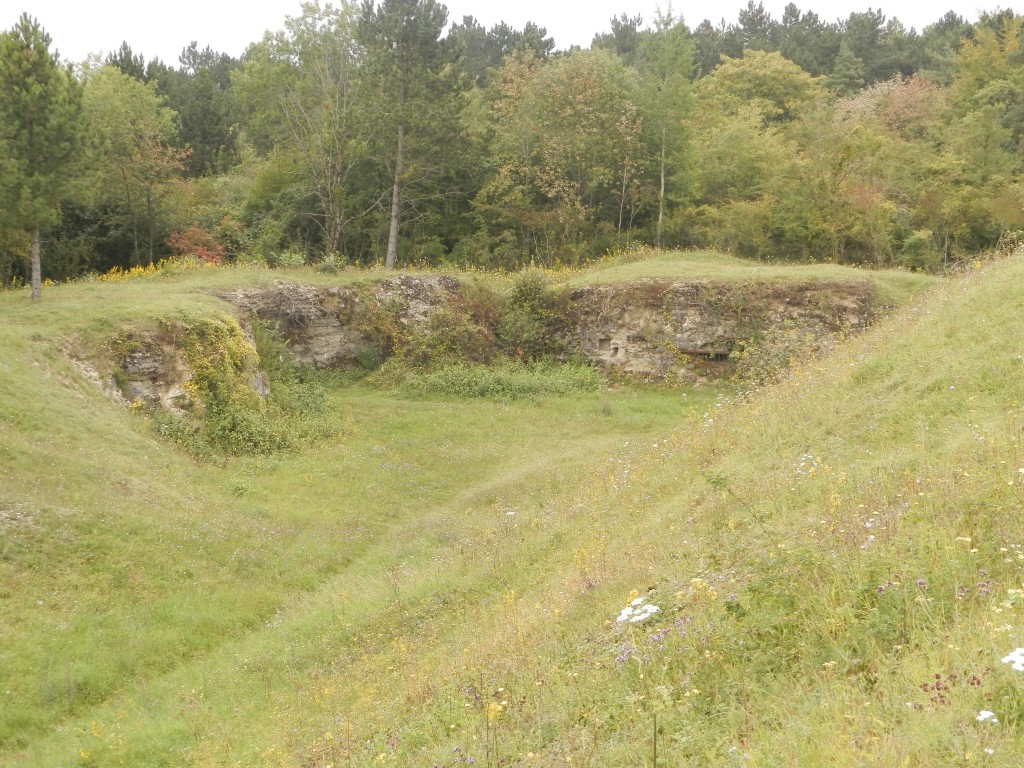 Remains of the north-east blockhouse. These could fire along the ditch to prevent access to the glacis.

The Fort was overcrowded. Its complement of men was 250. When Raynal arrived, there were 600, many of them wounded. He had 8 days to understand his command and his men. On the day after the capture of Douaumont, Raynal sensed their moment had arrived. All night there was a fearful bombardment and at dawn the attack began. Quickly the German assault troops were over the fence and into the moat. However, both corner garrisons were in place and were able to rake the moat with machine gun fire. The struggle to neutralise these blockhouses went on for 12 hours until by 4pm both had been captured. The blockhouses were joined to the fort by underground passages not more than 3 feet wide and 5 feet high. These now became the battlefield as troops fought through defences of rubble and sand-bags that had been hurriedly erected, fighting at point blank in pitch darkness.

By the 3rd June, the fort was surrounded and being attacked from all sides. The next day, a new tactic was deployed. Flame-throwers were modified to pour out dense black smoke and this was fed into the fort by longer hoses. The effect was devastating; candles went out, men lay on the floor to breathe, the wounded just suffered. Worse, that afternoon the NCO responsible for provisions reported to Raynal that the fort was almost out of water. The ration was immediately cut and the men had no water that day. The following day it was issued at a quarter of a pint per person. The situation was desperate. A brave, and lucky, officer cadet called Buffet managed to make his way back to Divisonal HQ with a report of how grave things were. He was told a counter-attack would be mounted next day. Somehow he managed to make it back to the fort with his news. However, the counter-attacks did not materialise. 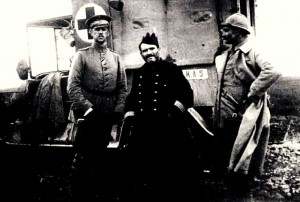 By the 7th, men were mad with thirst and utterly exhausted. Early that morning, the fort surrendered. In a display of chivalry as delightful as it was unexpected, the surrender was accepted with formality. The garrison had suffered about 100 casualties with 20 killed. The assaulting troops had lost 64 officers and 2,648 soldiers (Horne, 1993 p.264). Commandant Reynal was honoured with one of the highest degrees of the Legion d’Honneur and was also congratulated on their valiant struggle by none other than Crown Prince William at his HQ in Stenay (ibid).

They then spent the rest of the war in captivity in Germany. 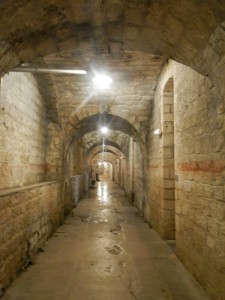 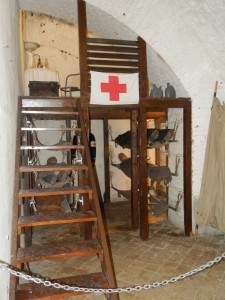 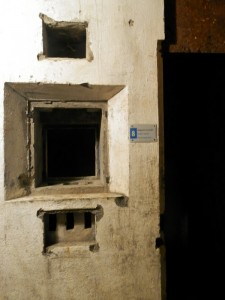 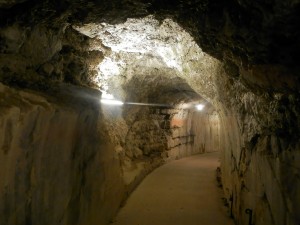