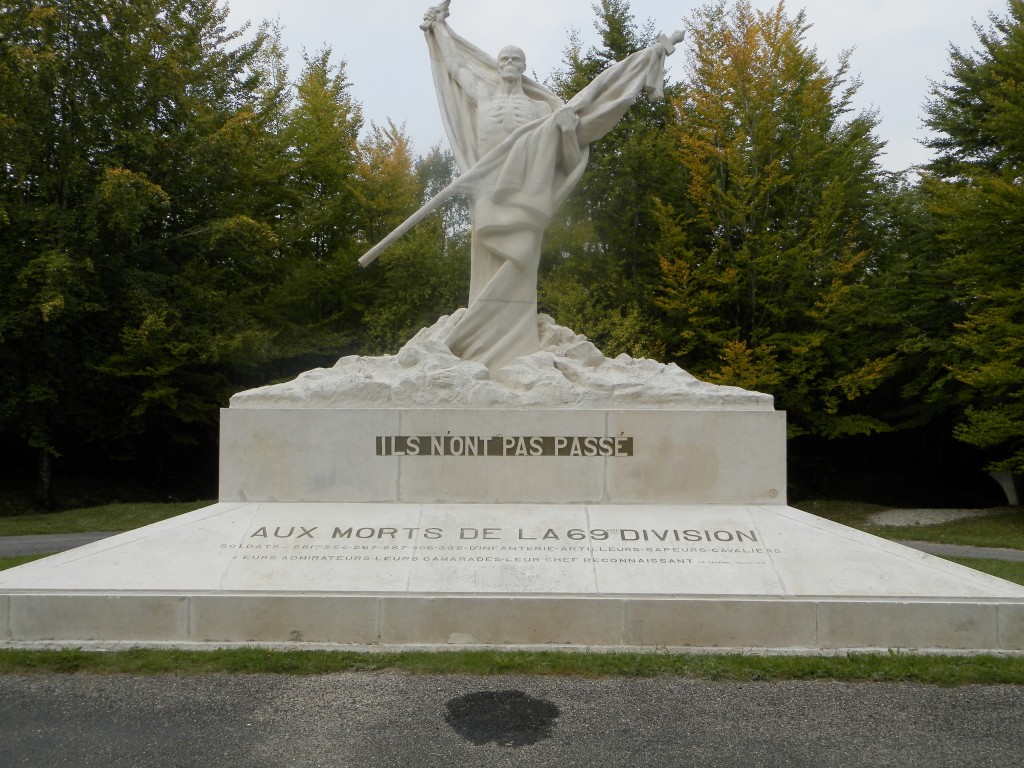 Falkenhayn’s plan for the defeat of France at Verdun made no attempt to win the left (west) bank of the Meuse. Open, rolling and not unlike Salisbury Plain, it was in complete contrast to the more wooded and steeper right (east) bank. Late in the attack, the Germans realised that the left bank provided cover for artillery and excellent observation positions. On March 6th, in the face of driving snow, they launched their attack. They were quickly across the Meuse in two places behind the French line. Inexperienced French infantry quickly surrendered, 1,200 men from the 211th Regiment alone making up nearly half the total (Horne, 1993, p.158). 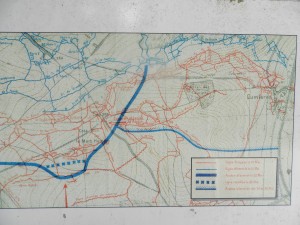 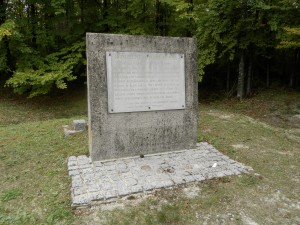 However, the main assault onto the hills of Mort Homme had hardly moved. It was pinned down by a veritable wall of artillery from troops that had long expected the attack and had been able to prepare for it. On March 14th, a new German assault was launched. However, the pattern was the same. An immense bombardment followed by infantry assault by the six divisions allocated to the task. The infantry were then bombarded by French artillery which was followed by a French counter-attack. Each time, the Germans inched forward. The cost was staggering and, to modern minds, inconceivable. By the end of March the Germans had lost 81,607 men, the French 89,000 (ibid).

At this stage, the German Command conceded that they would have to take the next hill west, known simply as Cote 304, from which French gunners were still savaging their flank. However, the French 29th Division defending it at Avocourt, who had been too long 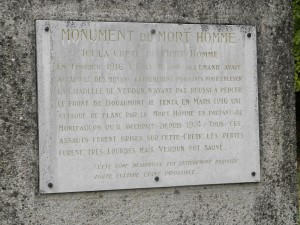 in the front line, effectively dissolved, resulting in the capture not only of the wood, but also an entire Brigade that was surrounded and forced to surrender. This disgrace was a great spur to the remaining troops on the left bank. On 22nd, a major German attempt to capitalise on their earlier success was neutralised with the loss of 2,400 men for absolutely no gain. 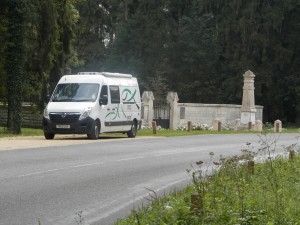 ‘The Magic Bus’ parked at the memorial to the destroyed village of Cumieres below Mort Homme. 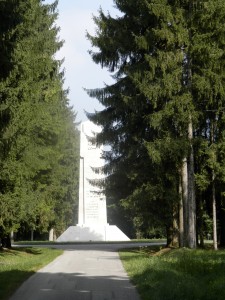 The very imposing monument to the 10,000 fallen Frenchmen on the summit of Cote 304. General Petain was the patron as well as their commander.

A few days later on 1st April, the Kaiser declared, “The decision of the War of 1870 took place in Paris. This was will end at Verdun” (ibid p.165). Determined to finish the task, a full scale offensive was mounted on April 9th on both banks of the Meuse. Incredibly, 17 trainloads of ammunition were used to try to break through, but with tremendous fortitude, the line held. It was at the end of this day that General Petain coined the expression that became something of a catchphrase, “Courage, on les aura”. However, for the next twelve days it rained so heavily that offensive operations on both sides were suspended. The ground on Mort Homme became a quagmire and soldiers lived in appalling conditions clinging to life in shell holes, all trace of trenches having been obliterated.

Finally, on May 3rd the Germans mounted a huge offensive. The attack on Cote 304 was to be an artillery attack; 500 heavy guns would concentrate their fire on a front of just over a mile for two days and nights! Still the French held on. It took three further days of bitter close combat before the hill was lost (ibid p.170). After the war it was estimated that 10,000 Frenchmen had died fighting for this small hill. But, perhaps for the first time, it became apparent that German losses might be greater than French. 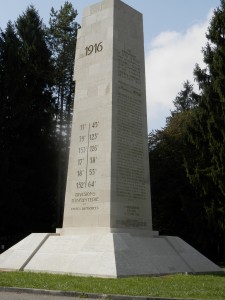 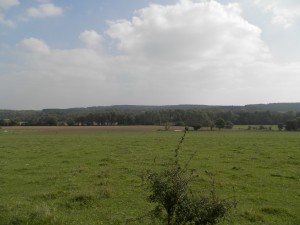 View from near the top of Mort Homme showing how it dominated the German approaches. 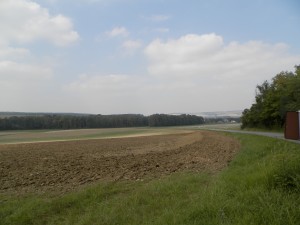 View from near the top of Mort Homme showing how it dominated the German approaches.

It had taken three months to solve the irritating problem of the left bank. Now the full force of German arms in the West could focus of Verdun.