This week has seen the biennial Arts Festival taking place in Broadway. For a small village in the Cotswolds, the range of activities and the quality of the exhibitions has been extraordinary. We have had art workshops and exhibitions from leading commercial artists, historical talks from eminent authorities and we have been privileged to be shown around some absolutely amazing private gardens. It is two of the gardens that I would like to share. 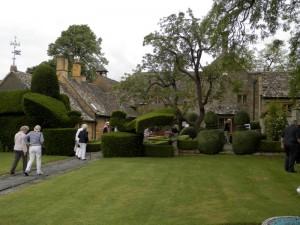 The first is the garden of Court Farm. The original farm house was bought by Mary Anderson de Navarro in 1895. She was an eminent Shakespearian actor who had married Antonio Fernando de Navarro, a barrister and Papal Privy Chamberlain. She set about developing the extensive garden. Alfred Parsons RA, who was a famous garden designer, was a friend and had a great influence on her

design. A few years later, she bought the farm next door and proceeded to join the two. She then set about incorporating the garden which, by about 1905, was laid out as she wished. It is one of the best preserved Edwardian gardens in England.

Mary died in 1940 and her daughter took on the house and garden. She 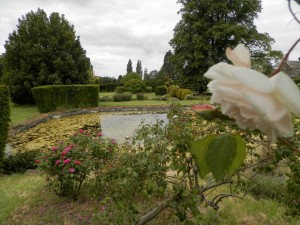 continued to develop the garden in line with what Mary had started, preserving its ‘Arts & Crafts’ nature. It is now in the capable hands of the well-known barrister and QC, Michael de Navarro, who, with his gardener work hard to preserve and develop the beautiful, serene space. 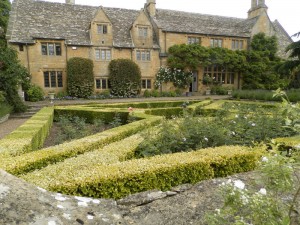 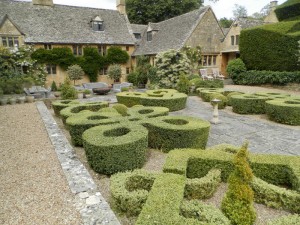 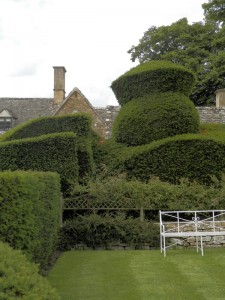 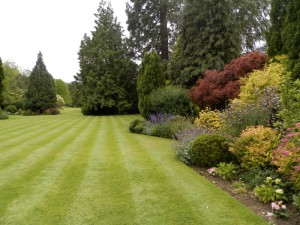 The second of these quite exceptional gardens is at The Orchard Farm. Like Court Farm, this started life as a collection of small farm dwellings and buildings. In 1911, Lady Maud Bowes-Lyon, Aunt of the late Queen Mother, bought the houses and extensively redesigned them to be a single house. The Queen Mother was a frequent visitor up to the Second World War. After the war it was bought by Sir Gerald Nabarro, the Conservative MP and noted eccentric. It now belongs to Colin and Sue Entinknap. They bought it about five years ago for about £5m. They spent the same amount modernising the house and then about half again on developing the gardens. Those gardens cover seven acres and include parkland and a lake, fruit cages and box beds as well as a delightful Rosemary Verey designed ‘knot garden’.

I have frequently walked up and down the High Street past the frontages of these two farms. I knew something of their history, but the frontages give little clue to the delights of their gardens. To have been able to walk round these with a very knowledgeable guide, Marion Mako, has been both a delightful experience and a great privilege. I am very grateful to both Michael de Navarro and to Colin and Sue Entinknap for allowing us to do so.