(This article is taken from http://www.anzacday.org.au/justsoldiers/bethune.pdf)

With the collapse of the Russian Armies in 1917–18, more than seventy fresh German Divisions were deployed against the Allied front. In April of 1918, the German Army launched these troops in a last ditch effort to seize the Channel ports of France and cut off the British Expeditionary Force. If they were successful, they won the war, but standing between them and victory were determined Australian soldiers, who would rather die than admit defeat. 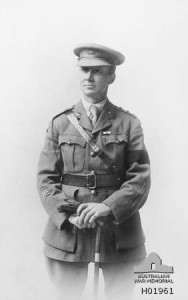 Frank Pogson Bethune was a quiet, unassuming clergyman from Tasmania. He enlisted in the AIF in Hobart on the 1 July 1915 with the rank of second lieutenant.

For reasons of his own, Frank chose to take up arms instead of serving as a padre. He embarked for the training camps in Egypt in February 1916 and in late March, he boarded the troopship Transylvania bound for France. The reputation of the Australian Diggers’ passion for hard soldiering and even harder play, had preceded them. The ship’s captain was ordered to arrange not only for inoculations against typhoid, but was also directed to arrange inspections for venereal disease. The men were furious. They were here to fight, not to be treated like some second class citizen and the mood aboard ship became tense and uneasy.

With no padre aboard, Bethune requested permission to conduct a service for the troops. 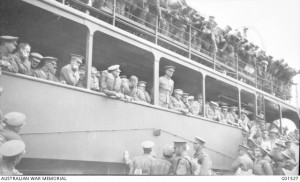 AWM G01527. At sea. c. 30 March 1916. General William Riddell Birdwood (centre) talking to men (mostly reinforcements) on board the HMT Transylvania during the voyage from Alexandria, Egypt to Marseilles, France.

Addressing an assembly of at least a thousand men who gathered on the well deck, he gave the following speech:

We know what we have come for and we know that it is right. We have all read of the things that happened in France. We know that the Germans invaded a peaceful country and brought these horrors into it. We come of our own free wills—to say that this sort of thing shall not happen in the world as long as we are in it… And what if we die? If it were not for the dear ones whom he leaves behind, might not a man pray for death like that… We know we are not heroes and we do not want to be called heroes… Did not every one of us, as boys, long to go about the world as they did in the days of Raleigh or Drake and didn’t it seem beyond hope…? Here we are on that great enterprise and with no thought of gain or conquest, but to help to right a great wrong… With our dear ones behind and God above, and our friends on each side and only the enemy in front—what more do we wish than that?

At the end of the service, the troops, returned quietly to their bunks.

Bethune was promoted to lieutenant in August of 1916 and his unit was active in many of the campaigns on the Western Front. At times he was called upon to take temporary command of his company. 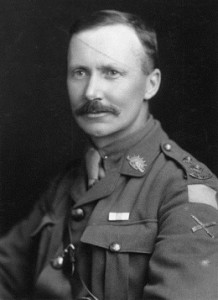 In March of 1918, the German Army was on the move. The Australians were sure that a major enemy attack was brewing—and attack they did. As the Germans poured through gaps in the British and French fronts, some units were simply obliterated. The Allies suddenly faced new German tactics. The enemy advanced in a ‘flying wedge’ formation, with bombers and machine-gunners up front and specially trained ‘storm troopers’ deployed to encircle and wipe out their enemy from the flanks.

Many of the towns that earlier had been won with Allied blood were now lost to the enemy. When the city of Albert was seized by the German forces, they appeared invincible. The Australian Divisions were rushed to seal the breaches in the lines, but would it be too late?

One of the units at the fore was the 3 Machine Gun Company. Their mission was to defend an area of the Ypres Salient known as Spoil Bank. On his reconnaissance, Bethune, commanding the company’s No 1 Section, found his position to be untenable. His guns had a field of fire of no more than six metres and if the enemy attacked, the gun crews would be killed almost before they could bring their guns into action. Bethune complained to his commanding officer and asked to be allowed to choose a better position. His request was denied. Orders were orders. As a matter of honour, Bethune asked if he could be placed in charge of the most dangerous post. This was agreed

Accordingly I ordered No 1 Section to be fallen in and told them that I was taking the guns to a position where there was no field of fire. I asked for volunteers to take a step forward. The only result was that the whole Section with soldierly precision, advanced with one step forward, so I was forced to make the selection. I am taking in three good men and three new ones, as I do not want too many of the old section to get scuppered if we get it in the neck, while at the same time we must be good enough to extract payment before we are blown out, and there are plenty of Mills grenades for the final flutter.

As they moved forward, the group was overtaken by a runner, who informed Bethune that his orders had been changed, his section was to defend Buff Bank. This area was more to Bethune’s liking. It was the perfect position for a gunfight.

At this time, the Australian and British infantry had been at strength near the guns, but they were moved back to prepare for the attack. This left Bethune’s guns dangerously exposed and on their own. With the responsibility for the safety of this section of the line in his hands, Bethune felt it necessary to issue his men with written orders. They read 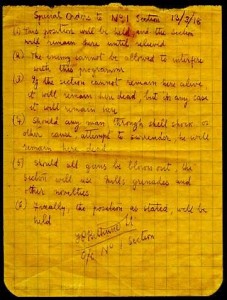 (1) This position will be held, and the Section will remain here until relieved.

(2) The enemy cannot be allowed to interfere with this programme.

(4) Should any man through shell-shock or other cause attempt to surrender, he will remain here dead.

(5) Should all guns be blown out, the Section will use Mills grenades and other novelties.

(6) Finally, the position as stated, will be held.

And hold they did, for 18 days the section repulsed attack after attack. They were subjected to constant artillery barrages of high explosive, shrapnel and gas shells, but they held their ground. The headquarters of the 1 Division AIF, and later other staffs circulated Bethune’s Special Order. To the American forces undergoing training on the Western Front, copies of the order were distributed as ‘an admirable model of all that a set of standing trench orders should be’ 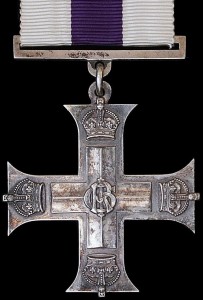 Lieutenant Bethune was awarded the Military Cross for…

“conspicuous gallantry and devotion to duty. He carried out several daring reconnaissances and obtained most valuable information. Later he fought his machine-guns with great gallantry and fine example to his men.”

In the dying days of the great German offensive, Bethune was wounded in both the left knee and the left foot. He was transferred from the field hospital to the 5 Auxiliary Hospital, London where he recuperated well, but the wounds left him with a permanent limp. Lieutenant Bethune pestered the doctors to let him return to the front and in September of 1918 his persistence was rewarded and he embarked for France. He attended a course at the 4 Army Infantry School for which he received a personal letter from his divisional commander, congratulating him on his excellent report from the school.

He was promoted to temporary captain on 23 September 1918 and to substantive captain on 21 October. As the guns fell silent on 11 November, Captain Frank Bethune MC contemplated his future as a civilian.

On 28 December 1918, Frank was readmitted to hospital—his old wounds had become infected. On 3 January 1919 he was admitted to the 3 General Hospital and underwent surgery to amputate the big toe of his left foot. He was subsequently sent to No 2 Command Depot in preparation for his return to Australia.

On 16 May 1919, Bethune limped down the gangplank of the troopship Dongola . Home at last, his duty done.