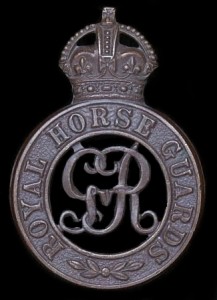 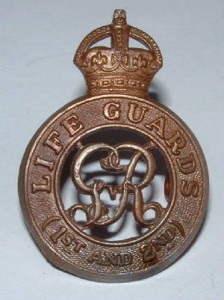 It has often been observed that the slaughter of the First World War changed British society by breaking down the general acceptance of its traditional paternalistic structure. This thought is usually linked to the enormous loss of life among the ranks of the Army, blamed, often stridently, on the incompetence of those in charge. The charge is unjust and owes more to a lack of understanding of the difficulties faced by commanders than a reasoned assessment of the nature of command in such circumstances. That hundreds of thousands of young men were killed, often in appalling conditions, is incontestable but the First Wold War, robbed early of the dimension of manoeuvre, became a war of attrition. Such a war naturally favours the defenders and the Allies could not leave the enemy sitting comfortably in strong defensive positions on French soil. They therefore had to maintain the offence and accept the casualties that would inevitably arise. It is for that that they are condemned by a generation to whom casualties, for any reason, have become unacceptable.

It is fortunate for us, that those facing the might of the German army in 1914 did not share such a view and were also unaware of just how strong was the enemy they were facing. On 30th October, the 7th Division and 7th Cavalry Brigade were holding the line between the Menin Road south west to Zandvoorde. 7th Division had been involved in heavy fighting and was exhausted. At 6.30am, after a brief bombardment, a diversionary attack by two divisions of infantry was mounted on Zonnebeck and then at 6.45am a bombardment by most of the 260 heavy guns of Army Group Fabeck began a 75 minute assault of the British and French positions. 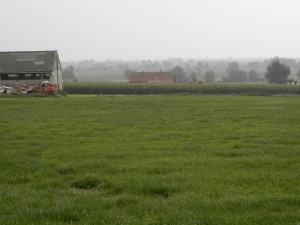 Many of those were on forward slopes and so in clear view of the German observers. Defending troops pulled back into their support trenches further to the rear as they were able, but about 300 men of the machine gun section of the Royal Horse Guards and a squadron from each of 1st and 2nd Life Guards remained in their positions in Zandvoorde unable to extricate themselves due to the accuracy and weight of fire. By mid-morning, they had been overwhelmed by two regiments of 39th Division and three Jaeger battalions. They were wiped out where they fought.

The elementary telephone communications back to their commanding divisional and Corps Headquarters had been destroyed by artillery fire and runners had been killed without getting through. As a result, Haig’s I Corps were initially unaware of this danger. Fortunately, a cavalry divisional commander was watching the engagement and sent an officer to report the situation. Having captured the Zandvoorde ridge, the Germans were able to fire into the flanks of the neighbouring units and even brigade headquarters. One result was that the 1st Royal Welch Fusiliers were overrun. Two hundred and seventy six men, including the commanding officer, were killed, fifty four were taken prisoner and only eighty six remained to fight another day. The 2nd Royal Scots Fusiliers were also badly mauled.

However, as so often happened in those early months, the Germans did not exploit their success, greatly over-estimating the strength of the British troops in front of them. This allowed Haig to establish another weak line of defence about 1200m to the north of Zandvoorde. Had the Germans pressed their advantage, there is little doubt that they would have had clear passage to Ypres and possibly then on to the Channel. The consequences might have been very grave and certainly would have changed the course of the war.

That this did not happen owes much to the dogged and defiant defence put up by the regiments and battalions of the British Expeditionary Force south and east of Ypres in late October 1914. Some have become famous, such as the bayonet charge of the 2nd Worcesters from Polygon Wood to Gheluveld Chateau others, such as the valiant attempt by the Life Guards and the machine gun section of the Royal Horse Guards to hold Zandvoorde, have not. Perhaps against the backdrop of the titanic struggle that followed over the next four years, these engagements are seen as trifling. However, one of the challenges facing military historians is to represent the big picture accurately at the same time as presenting the battles fought by individual groups of men. For them, at that time, their war was the whole war; many did not live to see any other.

In such intense fighting, differences of rank and background blur into insignificance. Honour, the reputation of the Regiment and the determination not to let each other down dominate mens’ thinking. The task is everything and even thoughts of survival are swamped by the immediacy of the threat, the noise of bombardment and the urgency to resist. 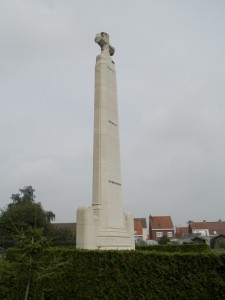 Having captured Zandvoorde, the Germans buried Lord Worsley, who was commanding the machine gun section of the Royal Horse Guards, where he was killed, erecting a wooden cross over the grave. Through diplomatic channels they reported the death and location of the grave returning, as well, his personal possessions. After the war, the grave was located; only the vertical post still in place. Lord Worsley’s body was exhumed and reburied  in Ypres Town Cemetery Extension (Plot 2; Grave D4). Lady Apsley, Lord Worsley’s wife, bought the land in which he had been buried and on it was created the Household Cavalry Memorial which commemorates those of 1st and 2nd Life Guards and the Royal Horse Guards who died in 1914. Many of those died at Zandvoorde. The Memorial was dedicated by Field Marshall Earl Haig in 1924. 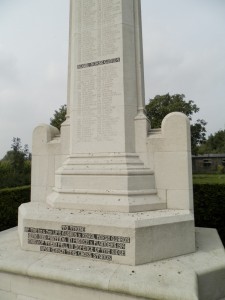 The Memorial is not so easy to find. To do so, stand with your back to the church, and it on your right hand side, then head south east. The main road swings off to the right (Houthemstraat); keep straight on (Komenstraat). It is signed on the right of the road 140m from the junction and can be found along a stone path between two houses and gardens. There is a cemetery register behind a brass door in the wall at the entrance, similar to CWGC cemeteries. There is a beautifully inscribed Vistors’ Book.

It is a beautiful spot with a lovely memorial. The valiant deeds of those commorated there deserve to be better known. I hope that this short account will give it some publicity and encourage more to seek it out.

2 thoughts on “Household Cavalry at Zandvoorde”